If life has a hidden set of forces, that behave much like other natural/physical phenomena – perhaps we should begin testing this hypothesis on real-life scenarios?  Perhaps you can examine your own life for a while and observe for yourself?

In nature, two objects that have mass, by design also exert the pull of gravity.  Much like the Earth is “pulling” the Moon, and the Sun is pulling the Earth – all other objects, including you, have a mass that exerts gravity.  Gravity obeys very strict mathematical rules and has more effect the closer two objects are to each other and vice versa.  In optics, the father away a light-source is, the less intensity it produces, according to a plain and simple formula called inverse-square law.  Inverse-square law states that intensity is inversely proportional to the square of the distance from the source of that physical quantity. In equation form:

See more detail in the reference section below.

Other forces in nature also exhibit similar behavior, for example radio waves.  If you transmit from two different walkies-talkies at the same time, and on the same frequency – there are only two outcomes:

1) The signals will exactly cancel each other, called Destructive Interference, resulting in zero output (see diagram below)

2) The signals will exactly amplify each other, called Constructive Interference, resulting in double output (see diagram below) 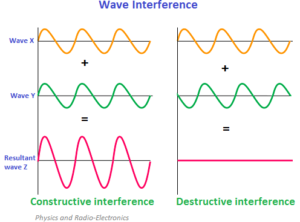 Could the same effects happen in your life?  Could this be how relationships between “things” determine the output?

Say one parent gives the kids the freedom to do anything, has no discipline and rules.  At the same time, the other parent is all about structure and discipline.  What’s the net effect on the kids?

In a parallel example, what if both parents agree that when they discipline the kids they will do it harmoniously, as a team, and when they let the kids roam free they will also do it as a synced-up team.

Another example is when a manager is asking an employee to complete a task based on the manager’s vision.  If the task is completed as agreed upon, both manager and employee could actually achieve something.  Even if the task results in failure, they both pulled in the same direction and accomplished something.  If the employee does not follow and does the opposite of what is requested, the two forces cancel each other out and an awkward stalemate ensues.

This theory can be applied to any objects that interact, starting with molecules or radio waves and ending with inter-galactic movements.  The key is to observe it first, know that it applies to you and your relationships and then examine your life to perfect your game.

How many people go about their lives not pondering these thoughts?  Suffering the consequences of a disharmonious life experience?  How many could better their lives and the lives of those in their “solar system” by simply taking the time to observe this phenomenon and trying it out?  The people in the solar system are ALL the people you exert your gravity on, willingly or not.  This is why Napoleon Hill suggested we think twice before we speak, as our influence may seed the success of failure in others.

The only time this rule is working against us, is in democracies.  A democratic government, Churchill said, is still the best one yet.  However, in many votes, the canceling effect is used just to disagree with the ruling party, regardless if it is good for the very citizens who voted for the naysayers.

“Think twice before you speak, because your words and influence will plant the seed of either success or failure in the mind of another”

“Democracy is the worst form of Government except for all those other forms that have been tried from time to time.…” 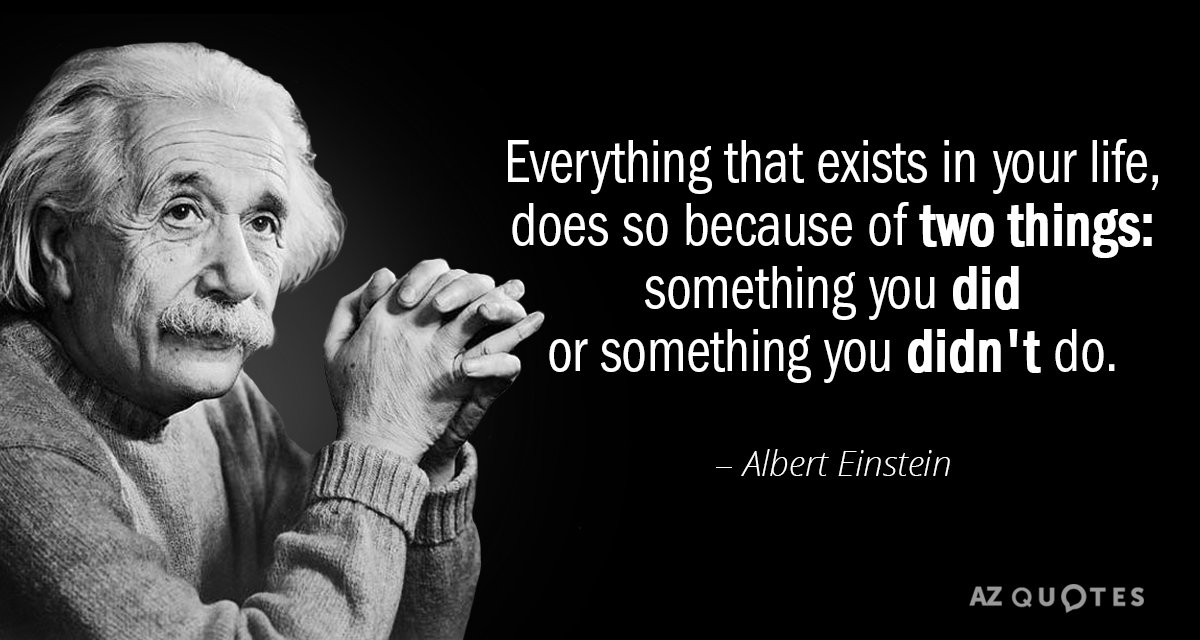